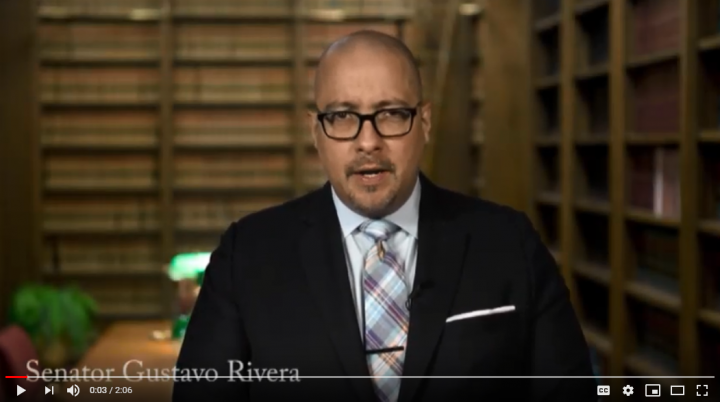 He adds: “Someone dies from sepsis every two minutes. A hospitalization occurs every 20 seconds in the United States. Eighteen children die each day from complications associated with sepsis. Mortality from sepsis increases 8 percent for every hour that treatment is delayed, so educational protocols to identify and address sepsis quickly save lives.”

These words underscore exactly why HCA is working to train home care clinicians and help them detect sepsis statewide through our Stop Sepsis at Home NY screening tool. The statistics cited by Senator Rivera are among the many reasons why he and Assemblyman John McDonald sponsored legislation to further support sepsis screening in the home care practice setting.

The alarming toll of sepsis is also why Senator Rivera and Assemblyman McDonald hosted an important November 19 seminar at the LOB in Albany, featuring HCA and partners who provided background on the sepsis medical emergency so that legislative offices can educate constituents and consider policies to address this urgent issue.

Senator Rivera’s office has also graciously arranged for the session to be taped, and a video will also be shared with your office in the near future. We are happy to brief your office individually on this important public health matter as well — specifically the contribution that home care providers can make in saving lives and monumental health care costs.

To date, through HCA’s Stop Sepsis at Home NY program, several hundred thousand screenings are occurring in the home by clinicians with specialized training to treat infections and help detect sepsis, which is the body’s overwhelming response to infection.

Lives are being saved — and so, too, are tens of millions of dollars in avoidable hospitalization expenses, as HCA’s conservative fiscal modeling analyses show.

Indeed, home care nurses are delivering a level and frequency of direct clinical screening that exists nowhere else in health care for a life-threatening condition that occurs in the community 80 percent of the time, even though many people incorrectly associate sepsis with primarily hospital occurrence.

As U.S. Senator Charles Schumer put it in a recent letter to HCA:

“This program has not only mitigated the onset of sepsis, but also transformed care for vulnerable populations, saving lives, preventing long term loss of health and disability, and avoiding excessive hospital costs.” 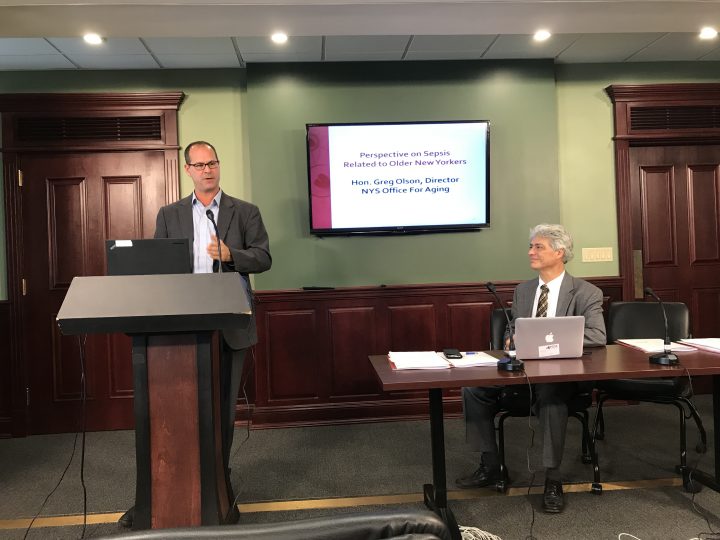 The most important action your office can take is to talk about sepsis, noted New York State Office for the Aging Director Greg Olsen (in photo with HCA President Al Cardillo) who also presented at the seminar.

Director Olsen has partnered with HCA on sepsis public awareness efforts through Area Agencies on Aging and other venues. Indeed, the elderly are particularly susceptible to this condition, though HCA and partners stress that anyone can get sepsis at any time.

At the seminar, Director Olsen and HCA President Al Cardillo emphasized some of the following key takeaways for all legislative offices to consider:

A great place to start is by watching Senator Rivera’s video to hear some of the primary points you can make to raise awareness among the public.

Also, please make sure the public knows how to watch for signs and symptoms of sepsis — and what they should do to get immediate help — using resources like the Sepsis Alliance’s ‘It’s About TIME’ campaign available here. 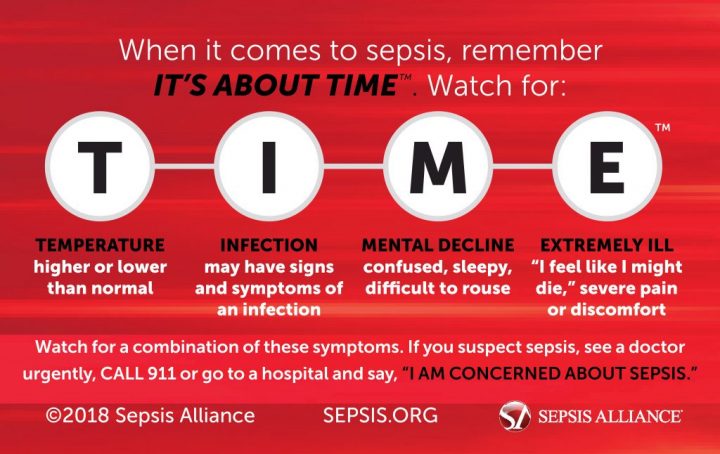